A Short (and hopefully uplifting) Lesson in History for Marketers

By
Blaine
Pearson
Find this article on
 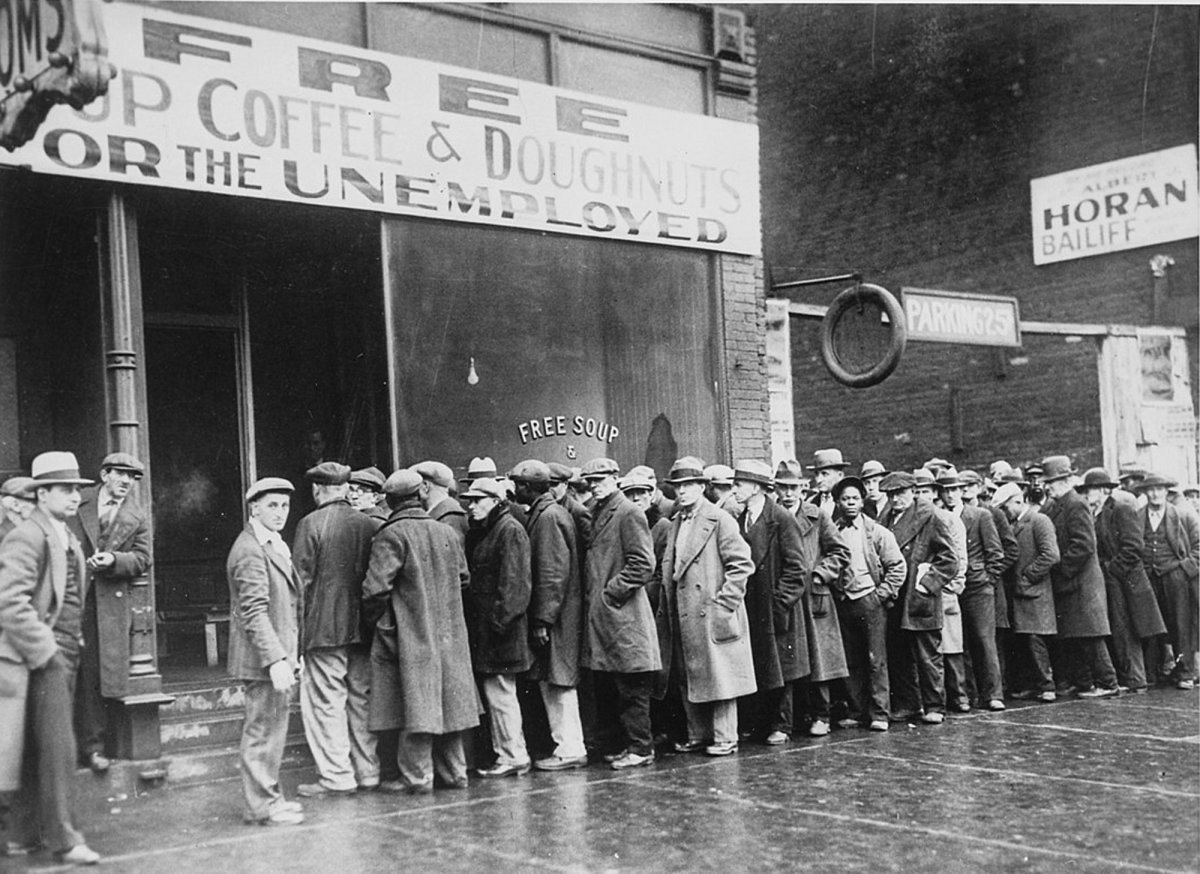 For the last two weeks, it’s been admittedly difficult to focus. My mind, like everyone else’s, has been consumed by the news, obsessively checking the John Hopkins Coronavirus Resource Centre, engaging in a stream of never-ending Zoom conversations about when, for god’s sake, will we be able to get back to life as we once knew it?

Certainly, we are in the midst of great uncertainty and profound tragedy. It’s mostly that we don’t know when it will end and how many lives will be impacted, or lost. There’s the ugly reality of unemployment for many and the very real and stark financial impact that is going to have. There’s the real concern about falling ill yourself or losing loved ones. There’s the panic of when the hospital beds will be overwhelmed.

But today, I wanted to move away from the uncertainty, fear and hopelessness and instead tether myself (and hopefully you as well) to a slightly more optimistic perspective.

A perspective connected to something ‘sort of’ relatable…I traveled back in time and looked at what kinds of companies and ideas survived and ultimately thrived during the economic downturn of the Great Depression. What did they do right and what lessons can we repurpose and carry forward into the world today?

During the Great Depression, the film industry exploded. Simply put, the silver screen distracted people from the harsh realities that they faced in real life. It provided an escape and a chance to get away from it all. Just prior to the depression, the industry had just launched the technology to serve up film and sound. Synchronized voice and visuals were brand new and MAN were they hot. But to keep the rooms filled, the cinemas cut ticket prices and promoted two-for-one films. The double features prompted the need for inexpensive B-movies; work that kept smaller studios rolling. So, in the days of Netflix and AR, what are we going to dream up? Obviously, cinemas are going to have a rough go in the time of social distancing, but certainly, Netflix will not. So, how do cinemas and theatres meaningfully get back into the game? How do they ensure that when all of this self-isolation is over, that people feel so much nostalgia towards the act of sitting together in the dark and watching a film, that they come back in droves? I think we can drum up some ways to creatively solve today’s business problems while developing new streams of revenue.

Not only did breweries face down the harsh economic realities of the Great Depression, their product, beer, was simultaneously made illegal by prohibition. But, according to a survey mounted in 2005, 8 out of the 10 largest brewers in America were pre-prohibition brands that survived the Great Depression AND prohibition. So, how did they do it? Well, it turns out that necessity IS the mother of invention. When alcohol sales became illegal, many brewers pivoted by producing ‘near beer’ (a lower alcohol version of the good stuff) and turned their know-how and production capacity towards the production of spicy, scratch-the-beer-itch, ginger beer. They also diversified, shifting their facilities and farms to produce other, in-demand products like milk and meat. They were flexible and agile enough to respond to the very real needs of their consumers and as a result, they got to live to fight another day.

When the Great Depression hit, Procter and Gamble quickly assessed that while many of their products were seeing declining sales, even in the darkest days of economic depression people still wanted to be clean. Soap was a necessity and housewives were responsible for buying it. So, instead of cutting their marketing budgets, they ramped them up and found creative, new ways to get in front of their domestically-bound, female customers; the soap opera was born. P+G invented an entirely new category of storytelling specifically geared towards selling soap. Amazing, right? I’m going to guess that Purell and Lysol are going to have some busy times, but what about the challenger brands that are going to be biting at their heals? If we look around hard enough, there are going to be all sorts of these opportunities to mash up, reinvent and reinvigorate brand narratives.

The Lesson (and the Challenge)

So, for marketers, creatives, people in the film and production industries, all of us, actually, there’s a lesson here. As challenging as these times are, the deck has been shuffled and it’s currently in the process of getting restacked. It’s our time to do our best work and to really let creativity and ingenuity shine. We’ve got a chance to start things anew, to figure out new ways to service old desires and to meet our customers where they are with the products and services they need. The real trick is going to be to get to it quickly with mirth, resolve and a bit of good, old fashioned elbow grease. Let’s get to it.

By
Blaine
Pearson
Find this article on

You are good to go!
Oops! Something went wrong while submitting the form.
